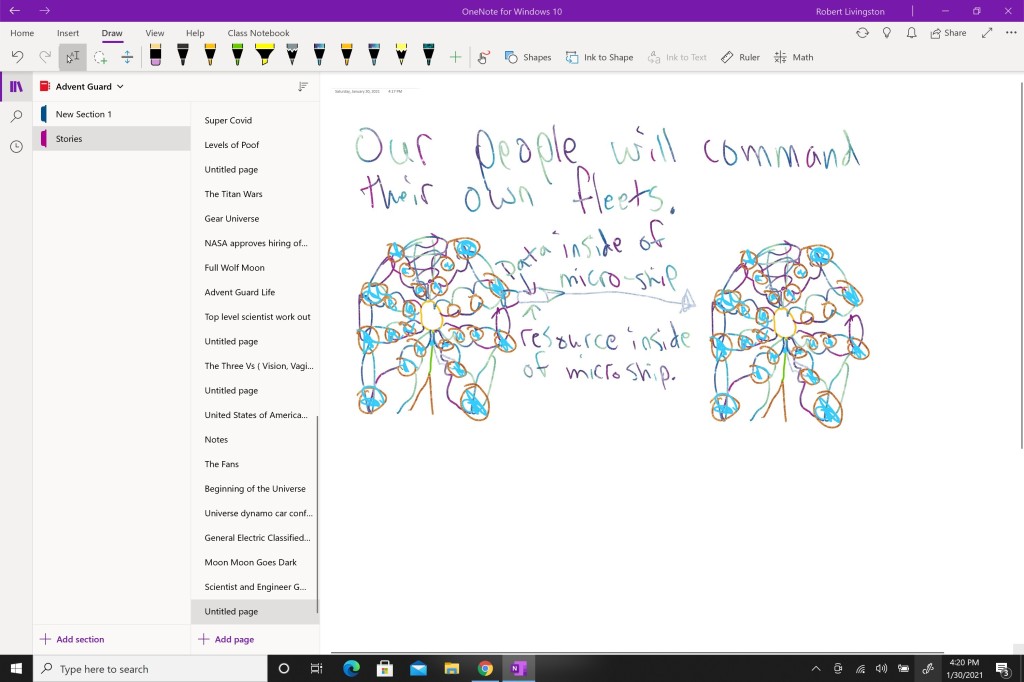 As The Pentagon cuts of connections to all the classified facilities below The United States of America, their main power connection that ran through them as if a river of energy, powering all of their mechanics and technology.

As the river runs dry, their connections dead, the teams main stars come online, the males, as their sperm starts to burn as fast it is made, become biological fuel that powered their bodies. The women on the team began to pull air out of their wombs using the magnetics in their eggs, creating dead space to cool the males, as they all hooked their minds together.

As Alpha Team went super poof Universe, having to produce their own energy, they went back to work at saving The United States of America and Earth.

Alpha used everything, all the time, all of them on the latest energy medications to achieve the greatest and newest thoughts and calculations.

As Top Scientists and Engineers with the Greatest Minds of The United States of America took hold of amounts of weight as if weight lifters, rotating it around their bodies with their personal Universes, as hundreds of thousands of pounds of dirt, liquid, and air, rotate around them. As they begin to walk up the ramp, to let it fall back down, they run up easily, burning everything in their bodies along with their teams that was hooked together as if a Universe and all of them a solar system. Each 30 seconds, a top scientist, while they were out of things to think about and taking a physical break, could bring up hundreds of thousands of pounds of resource, and drop it creating a river flow of resource that can be damned and turned into energy. Giving scientists and engineers a way to work out together. Using their minds to carry hundreds of thousands of pounds of resource up and down in a Universe rotation around their bodies to produce energy.

Head General of The United States of America: The minds of the great give energy to all during idle times, to make use of all that they are, body and mind. The most powerful thing out there is us and who we all are.

Pentagon: Someone asked US how we calculated so much. So we told them the truth, we moved mountains to calculate and come to those conclusions, no lie. Nuclear powered soldiers can move so much resource between times when they are using their minds to calculate, that they can power a city while powering themselves and calculating. Thought never stops. The main thing the Pentagon is worried about during war is the turbines, ground, liquid, and air that turn to produce energy because the rest of the energy is used in the system, so the main source of energy still is and has not changed from the simple elevation change of dirt, liquid, air, and light through turbines to turn them and produce energy. But in the future this would be the Universe structure, which would hold the energy, making turbines second most important then because the rotation of dirt, liquid, air, and light would be used to spin and compress dynamos to make them go faster, producing more energy in the Universe structure. So the energy output of the turbines would go down, but the energy output of the Universe structure would go up, working together as a team to get more energy out of all of them.

iThere are no comments

Begin typing your search above and press return to search. Press Esc to cancel.